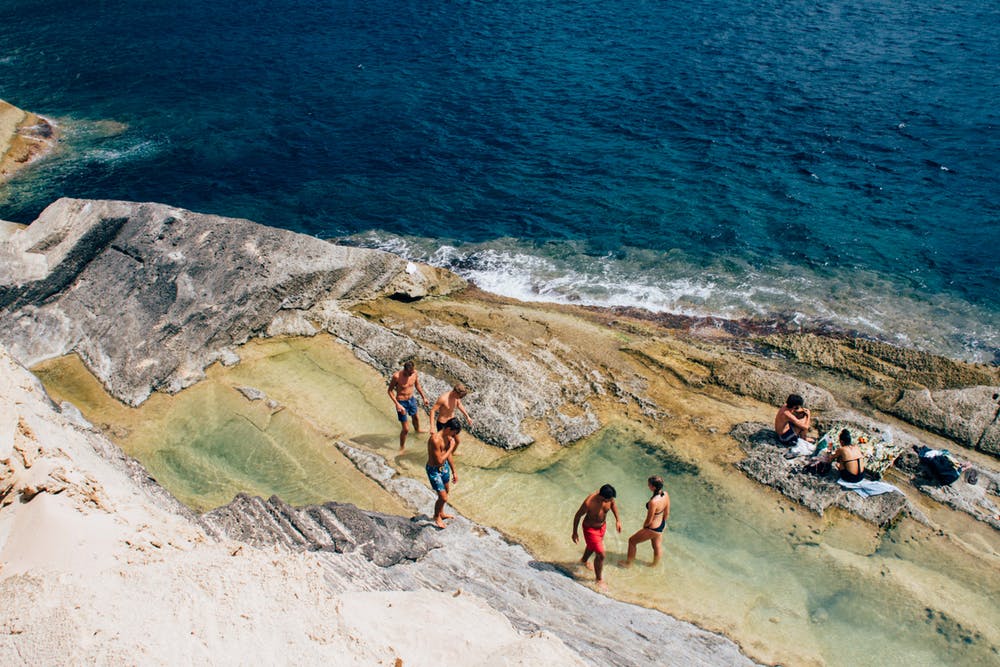 Ibiza is the third largest island of the Baleares and especially known for its vibrant nightlife. But the island has quite more to offer than just the epic parties! Besides azure bays with beautiful beaches there are also tranquil villages in a rural setting. On old paths along the coast and through the hinterland you`ll find secluded areas not accessible by car. Whether you prefer to hike or cycle one of the many fantastic routes or go shopping and strolling over the hippie markets, Ibiza offers a variety of attractions which are worth seeing. Here we like to present you a selection of picturesque places:

The most imposing entrance is from the port side through the portal de ses Taules. In former times, the guardsman camped here, today jugglers entertain the entering tourists. If you follow the city wall, the path leads to past beautiful vantage points where you have an amazing l view of the lively harbor of Eivissa with its yachts and ferries. You will soon reach a small square with palm trees, the Plaça d’Espanya with the former convent Santo Domingo and today’s ld town hall. Worth seeing is also the cloister and the cross garden.

A tunnel leads from the Plaça d’Espanya up to the Cathedral of Eivissa and the square in front of the cathedral. The Plaça de la Catedral was the religious, political and economic center of Dalt Vila in the Middle Ages.

The magical rocky islands Es Vedra and Es Vedranell are located about two kilometers off the west coast. They rise from the sea not far from Cala d`Hort. This area is surrounded by many myths, when you come close to it you can literally feel the power radiating from the islands. It is said that Es Vedra was the home of sirens and nymphs in ancient times, for some it is the tip of the sunken Atlantis and others claim to have seen UFOs there. It is also named the third most magnetic spot on earth (next to the North pole and the Bermuda Triangle). According some statements, navigational instruments have been impaired when nearby this island. Es Vedranell, the little sister is situated between Es Vedra and Ibiza, both islands are uninhabited and designated as a nature reserve.

During the sunset they present themselves from their charming side and transmit an appreciable feeling of peace. To find the best views of the majestic rocks, seek out the Cala d’Hort or the above located Torre de Savinar. Another way to explore these islands is on the water. At calm sea the boats can approach to the island and you can even touch the magical rock.

The pirate watchtower Torre des Savinar was built in 1763 to protect against pirates. It is located in the middle of bizarre cliffs at the south coast of Ibiza. From here you have a fantastic view over the sea and the offshore islands Es Vedra and Es Vedranell. Such watchtowers can be found all along the coast and have been expediently always erected in elevated places, such as ridges, capes, cliffs and offshore small islands. Watchtowers are without exception always round, their walls are 2.5 meters thick with a height of around 8 to 9 meters. They have two floors, a spiral staircase and a walk-in outdoor platform, which is provided with an embrasure. The door is at dizzying heights to defend against unwelcome intruders.

Cova de Can Marçà is an approximately 100,000-year-old stalactite cave in the north of Ibiza which once served as a hiding place for the smugglers where they used to deposit their goods. Their red and black markers on the walls, which have led them to the cave´s exits, are still visible today. Before entering the cave, you can enjoy the most breathtaking views over the coast at Puerto de San Miguel. The interior of the cave can only be accessed via a path, carved out of the rock. Emerald shimmering underwater lakes, rock formations, stalagmites and stalactites create a fairy tale atmosphere which is made even more spectacular by high-tech light and music shows. A further highlight is the 10m high waterfall that plunge into the depths of the cave.

The Phoenician settlement of Sa Caleta is located on a stony headland in the south-west of Ibiza near Sa Caleta Bay. It is an important archaeological find and another UNESCO World Heritage Site. Its origin probably dates back to the 8th century BC. You can visit the “Barrio Sur”, the southern quarter, which consists of eight buildings of different shapes.

The Ses Salines Natural Park, with its land and marine reserves, is stretching from the south of Ibiza to the north of the neighbour island Formentera. Due to the vast meadows covered by the so-called Neptun seagrass, the water is extremely clean and crystal-clear. It is the largest contiguous seagrass meadow in the Mediterranean which is why it has been declared a UNESCO World Heritage Site. The entire zone represents a great ecological entity with a high degree of diversity such as dune landscapes, beaches, marsh districts, the old salt-producing basins, cliffs and rocky coasts where many species of birds have settled. It is also a refugium for sea dwellers. You can walk through the park or explore it by bike, one of the interesting sights is the village of Sant Francesc, founded in the 18th century especially for the salt miner of the Salines. It still preserves some buildings, including the today abandoned village church. After exploring the reserve, you can relax at one of the most beautiful beaches here, Platja d‘es Cavallet and Platja Ses Salines.

Formentera is located about nine kilometers south of Ibiza and covers an area of only 82 square km. It is a popular excursion by ferry from Ibiza town.Dreamlike beaches, azure blue water and untouched nature, Formentera is also called “Little Caribbean”. The main places of the island are situated in the north, as well the most beautiful beach, the Platja de Ses Illetes. The south is characterized by a rocky coast where the Cap de Barbaria is located. There you can find many pyramid-like cairns, which create a beautiful interplay of shadow and light in the evening. For the adventurous, there is also a cave at the Cap, which has to be entered by climbing through a hole in the ground.

The island is perfect for long cycling or hiking tours. Especially recommended are the “Green Routes”, which stretch across the entire island and lead nature lovers through dunes, vineyards, cedar and pine forests to the sights of the island. Formentera was once an insider tip, especially among hippies and dropouts. There are found remnants of these “wild times” like the legendary pub Fonda Pepe and, of course, the Hippie Market, held every Wednesday and Sunday in El Pilar de la Mola. The lighthouse is the easternmost point of the island and in particularly good visibility you can even see Africa. If you discover the island by water e.g. while a kayak tour, you will see some hidden caves of the islands.

Cala Benirras is located in the north of Ibiza, near San Miguel. After a ride over pine-covered hills you arrive at a small bay with turquoise shimmering water. In the distance you can see a rock sticking out of the water. It has the shape of a finger, which is why it is called by the locals the finger of God. Cala Benirràs became famous for the spontaneous jam sessions that drummers and musicians performed each evening at sunset. Every Sunday evening, the spectacle is accompanied by hundreds of curious onlookers and it is definitely worth seeing once.

In Ibiza, the Hippie markets are a must-seen. Numerous are spread over the island, originated in the 1960s, when many hippies settled in Ibiza and sold handcrafted goods. Here you will find typical fashion, original local handicrafts and all sorts of local food, from fresh fruits and vegetables to the typical herbal liquor “Hierbas Ibicencas”.

With its over 500 booths, Punta Arabi is the oldest and largest of the traditional Hippie markets. It takes place every Wednesday, on the “Calle de los artesanos” visitors can watch craftspeople creating their goods. Another classic one is Las Dalias. In the evening and at night, live music and DJ sessions provide for a great atmosphere. Besides the Hippie markets you´ll find also a variety of art- and local farmer markets. The specialty of the market of Sant Rafel is, clearly the ceramics. This formerly sleepy village has become a center of art and crafts and is definitely worth a visit. Mercat de Forada and the Second-hand market Sant Jordi are also very popular. 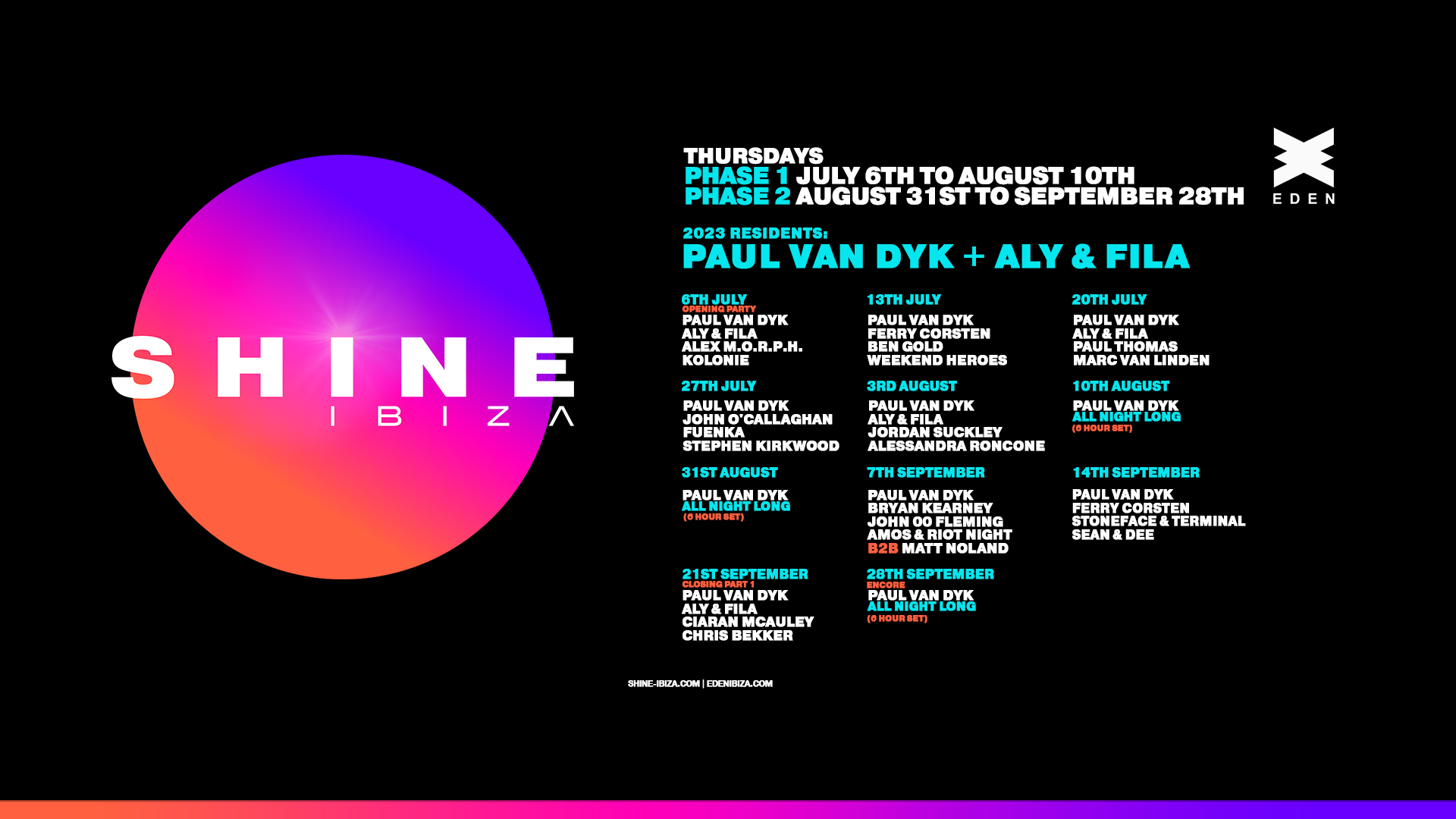 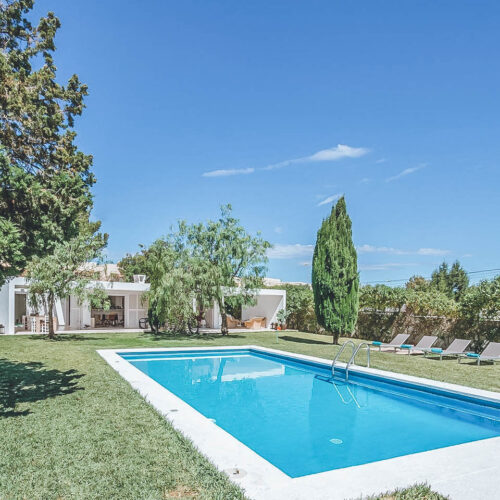 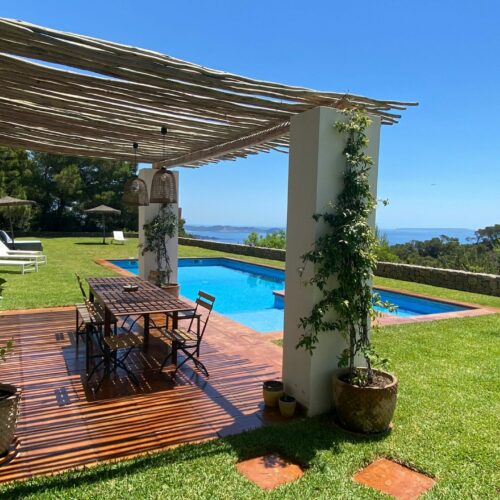 Exquisitely finished 3 bedroom villa, located closed to the very best beaches on the west side of the island